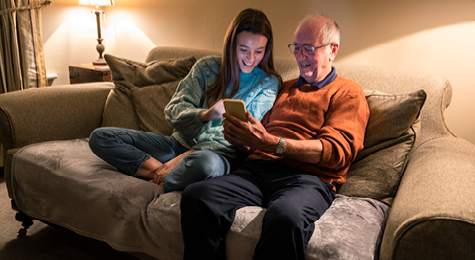 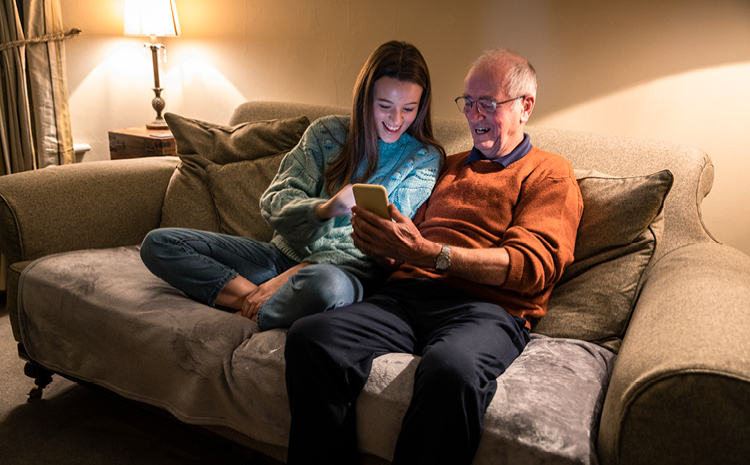 If you are a member of the “Sandwich Generation” — caring for aging parents while also tending to children at home — you probably have a great deal of experience navigating between two worlds. In fact, maybe you do it so naturally that it’s not even stressful for you!

But being aware of some of the specific differences between your parents’ generation and your children’s can help you be a more effective bridge. And making them aware of the differences can enrich their relationship as well.

If you have children who are graduating from high school this year, consider this about the Class of 2021:

By contrast, consider these characteristics of people graduating high school in 1945:

So not only were the life experiences of these two generations vastly different — war and poverty for the 1945 graduates, vs. technology and comparative wealth for the 2020 grads — but also the amount of life experience gives your parents a different perspective. Because they have already lived through so much, they have a patience and a long-term view that is simply unavailable to younger people.

Bringing these two generations together might result in unexpected discoveries and a richer appreciation for each other. For example, imagine your children and your parents comparing the events of 9/11 and the attack on Pearl Harbor. Imagine them discussing how military people returning from war have been honored (or ignored) throughout the generations. Imagine them sharing their memories and hopes about first jobs, or first cars, or favorite teachers.

Or imagine your children making a presentation to their grandmother about the benefits of owning an iPad — verbalizing why “it’s cool,” and learning to understand her potential objections so that they can address them. In fact, inviting the kids to provide ongoing training and tech support for their grandparents could be a way to foster a relationship of mutual respect and learning.

If your kids prove adept at training, you might look for opportunities to share their energy and expertise with other seniors! Suggest a Facebook class at your local retirement community or senior center. Your kids could do the teaching, and your parents can serve as examples of what’s possible!

Even if Facebook training or technology training is too involved for your family, you can find ways to bring generations together. Providence Life Services communities are open to ideas and eager for volunteers — people to read to residents, or play Wii with them, or present a slideshow from a recent mission trip.