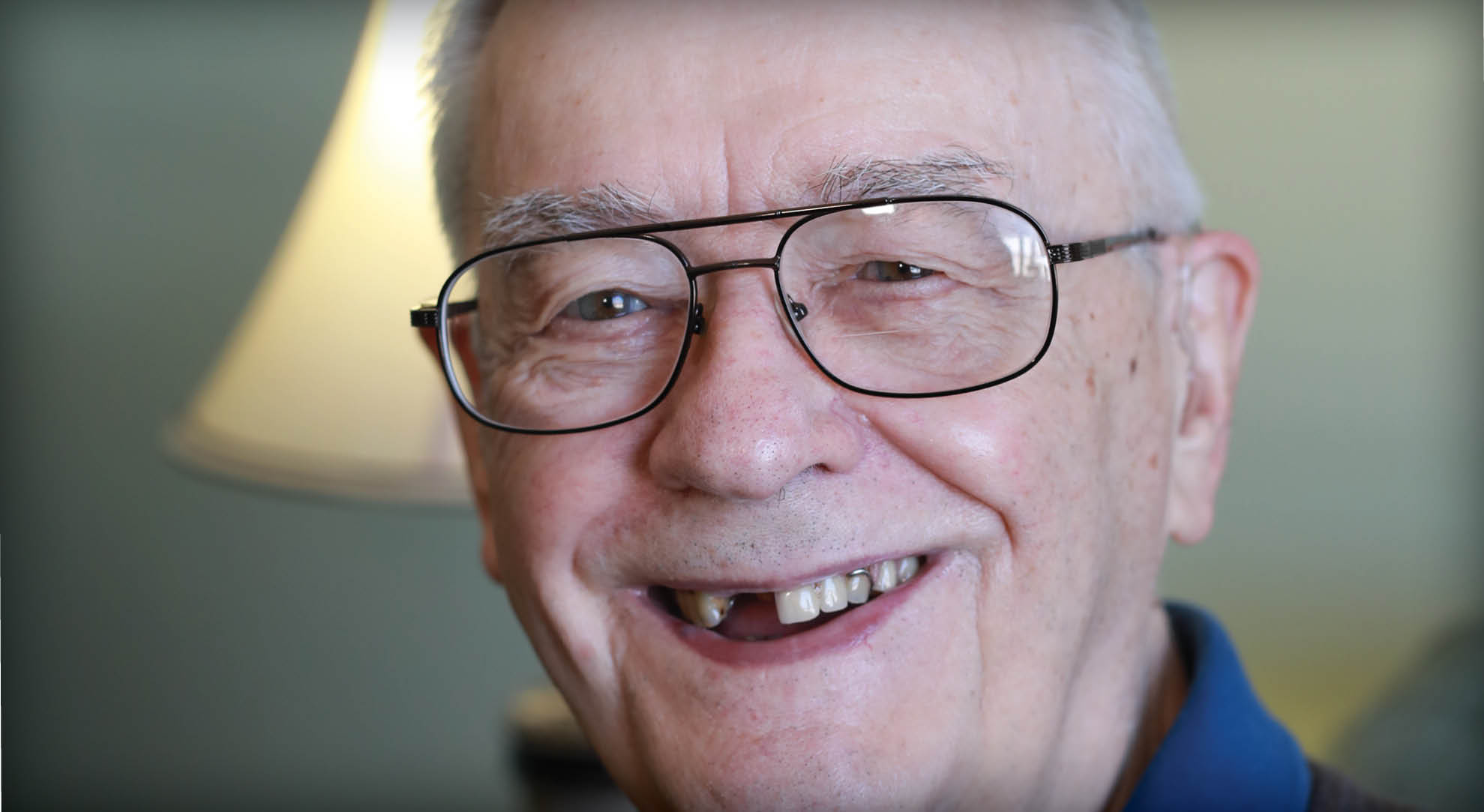 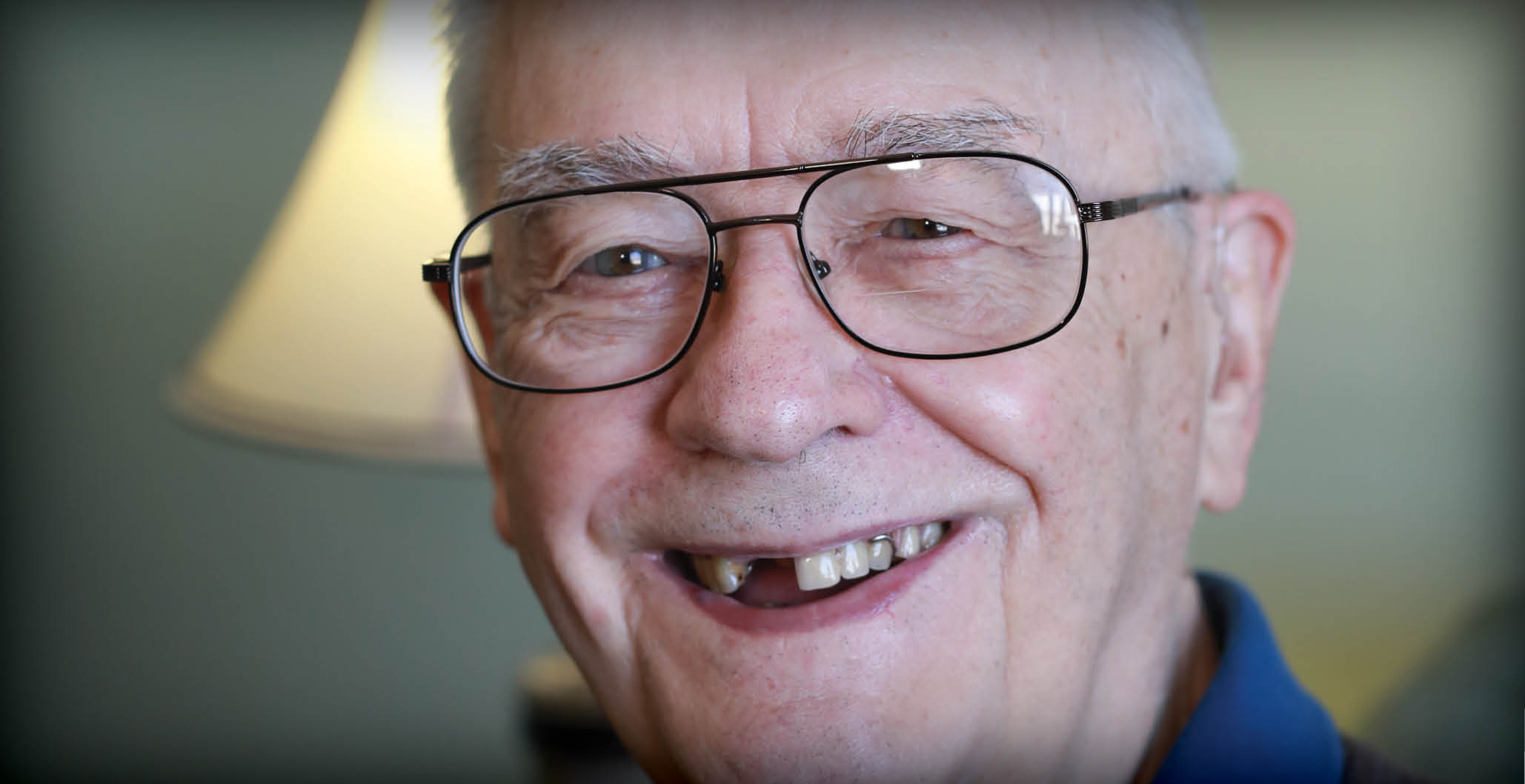 Bill Rohaly is 90, sharp as a tack with a very quick wit. He has always been active and involved in his community. Serving on his village board for 25 years, he knew just about everybody in town and everyone knew him. He equates this experience with now knowing all of the residents and staff at Village Woods.

He jokes that he tends to pester a lot of people who refer to him as “Little Bill,” a nickname he uses as praise because it makes it easier for people to remember him. He adds with a laugh that his son is a “6-footer and broadshouldered, so he’s ‘Big Bill!’”

Before passing away, his wife spent three years in a memory care facility which Bill viewed as just a “big clinic.” Before the need for memory specific care arose, the couple shopped around and toured 10-12 senior living communities. As far as Bill is concerned, “Village Woods tops them all” with its homey feel. Everything else was just “blah” and too clinical.

Having established a great relationship with the marketing staff, Bill has a special fondness for Diana Olthoff, the Community Coordinator at Village Woods. Affectionately referring to her as his “sister,” Diana made him and his wife feel like family even before he made the decision to move in.

Bill says that after losing his wife, “Living alone in a house was way too much for me. Not from a psychological point of view, but it was too much house: it was too much yard, too much taxes, and so on. But Village Woods has turned out to be a real good investment of time and money,”

As a former maintenance man, he sees all the maintenance going on and is happy he is no longer the one responsible and can now live maintenance-free. For the past four years, Village Woods has provided everything he needs and then some. He believes everyone is “super friendly.”

On his first day, the residents immediately invited him to sit down and join them as soon as he was introduced. Smiling, he declares, “I was one of the bunch.” He feels Village Woods is “very warm and cozy with a family atmosphere” and considers the residents not just his neighbors, but his family.

An avid gardener, Bill continues his hobby by not only growing plants in his room, but sharing his passion with the residents by tending to and displaying plants on a window sill in one of the community areas for everyone to enjoy. He plans on propagating and sharing the plants with staff and residents. He is particularly proud of an Easter Lily he received from church last year that continues to thrive under his care and is eagerly awaiting its new blooms.

While Village Woods provides everything he needs, as an Independent Living resident, he still drives and can just get up and go should he feel the need to. “Village Woods is a super nice place to live and suits my needs.” He feels he is “truly independent here.”

Come for a visit and experience the friendly community at Village Woods for yourself.