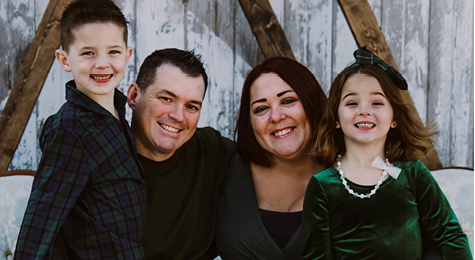 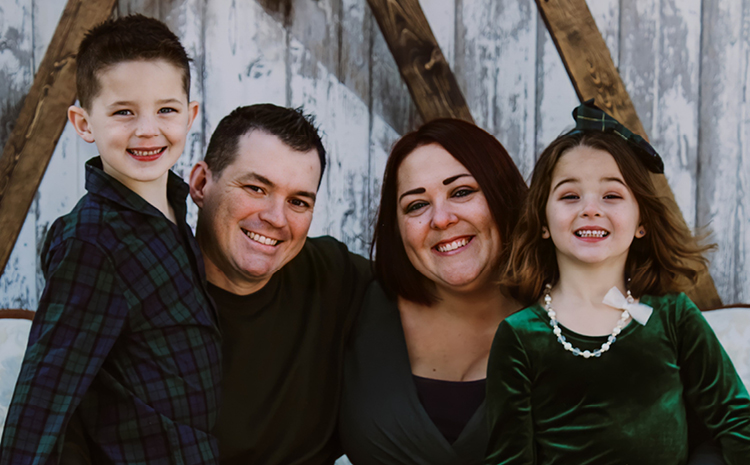 Erin Kelley had plans to be an elementary school teacher, a dream she’d had since she was five years old. She found a part-time job as a receptionist at a nearby nursing home where her mom had worked for over 30 years.

“With my mom working there for so long, I’d been around nursing homes a lot,” she says. “I always had a lot of ‘adopted’ grandmas and grandpas.”

While this was just supposed to be an “in-between” job, Erin began to feel a connection to the work. “I was learning so much about working with older adults, and I finally realized this is where my heart and my calling were.”

With one semester left in college, she transitioned to a career in senior healthcare. She was familiar with Village Woods in Crete, where both her grandpa and grandma had lived at separate times. “There was definitely something special about Village Woods,” Erin says. “I knew I wanted to be a part of the Providence family, but I also knew I wanted to work in skilled nursing care, so I kept my eyes open for an opportunity.”

That opportunity came when a former coworker recommended her for a job in social services at Park Place Health & Wellness Center in St. John. After 11 years of working at a for-profit organization, she began her Providence career as an Admissions Director in a completely different kind of nursing home.

“If you have never worked at a for-profit versus a non-for-profit, you might not know how different they are,” Erin says. “It’s easier here because everyone cares so much. I can confidently say that everyone I work with believes in and lives the mission; otherwise, they don’t stay here very long.”

One big difference is the emphasis placed on caring. “Maybe we’re not the right place for every person, but we still care about every person,” Erin says. “We can provide resources for the family. We will never just turn our backs on a family who isn’t a fit for us.”

Working with family is at the center of what the Social Services Department does. After the person has been at Park Place for a few days, the team has a care plan meeting with the family, and these meetings are made available as often as the family wants them. Erin says. “This approach can have a calming effect on families who have been struggling with the choice of moving their parents here.”

Erin also says a major part of her job is simply listening. “I try to be an advocate for everyone—for the patients and residents, the staff, the families. I want everyone to have a voice,” she says. “Sometimes just listening to someone and letting them know their feelings  are valid stops an issue from escalating.”

But what has impacted Erin personally since joining the Providence team is the mission. “The emphasis on the mission, the ‘why’ of the work we do—that brought me back to God, brought me back to church,” she says. “I love that we pray before meetings and that the focus is on doing our work in the name of Jesus.”

And now, in the same way that Erin visited at the nursing home her mom worked at, Erin’s son and daughter have been able to be a part of the work Erin does at Park Place. “Before the pandemic, they used to come in all the time,” she says. “My four-year old keeps begging to go back.” It sounds like the family tradition of working with seniors will continue in Erin’s family.