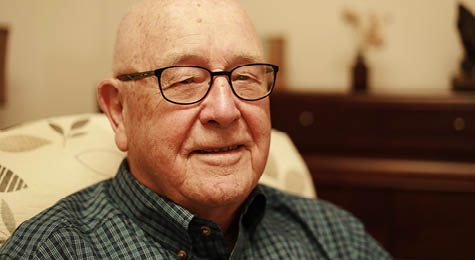 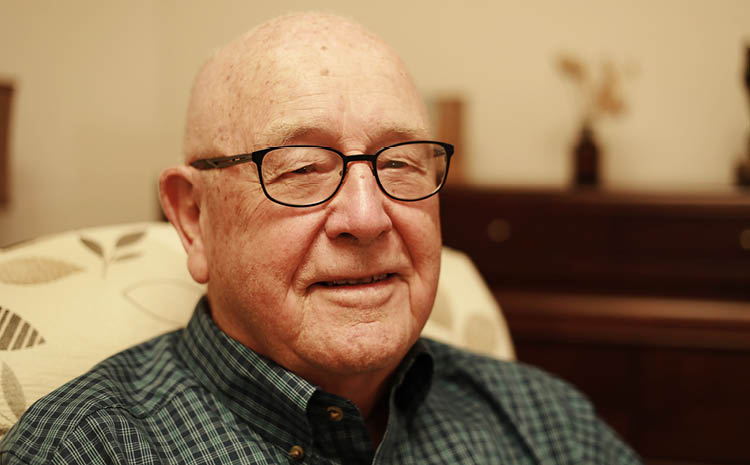 Several years ago, when Gene Los and his wife Shirley were ready to retire, they began looking for a place to live. “I was a pastor, so we’d lived in a parsonage for almost all our adult lives.” They moved to a condo and were quite happy for years, but as Shirley began to have health issues, they felt they needed a place with more services available.

“We knew right away that we would like to move to Royal Park Place,” he says. “I had visited with people here, led worship services and Bible studies, and already had several friends living there.” They also knew the apartment they wanted. “It has the most beautiful view out over the ponds and a wonderful sunset view.”

They had already sampled some of the delicious meals and knew they loved the food (Gene especially loves the ribs!), and that was a big consideration as well. “Because of Shirley’s health, food was becoming more difficult— both planning for it and preparing it,” Gene says. “Knowing we could have our meals provided here was a huge consideration.”

They forged bonds quickly with their neighbors. “It wasn’t long before we met people in the dining room or the breakfast table, and they became friends, and these friends became family,” Gene says. “I think that’s the thing that struck both my wife and I—that these friends have become family. We honestly felt that.”

That family feeling became most apparent when Shirley passed away. “Everyone supported me in such a remarkable way,” Gene says. “They became my prayer support team. And the staff were overwhelmingly kind. How could it be any better? It’s the biggest thing about living at a place like this—the fellowship and deep friendships.”

As a former pastor, Gene also appreciates the spiritual side of life on campus for those who want that focus. “It’s encouraging and building, but it’s more than just worship services and Bible studies,” he says. “It’s another way to build meaningful relationships.” When the community opened up to activities together after taking a break at the beginning of the pandemic, Gene led the very first worship service after their time apart. It was beautiful.

Gene also volunteers his time setting the tables in the dining room, and he can often be found getting in exercise by walking the beautiful grounds or working out in the fitness center. He’s also a familiar face at game time, and has a few bingo wins under his belt. He’s happy to tell anyone about his positive experience at the Royal Park community. “This is certainly a warm and loving, caring community,” he says. “If someone gets to a point where they need more than they can give themselves at home, this is where you will be very-well cared for.”