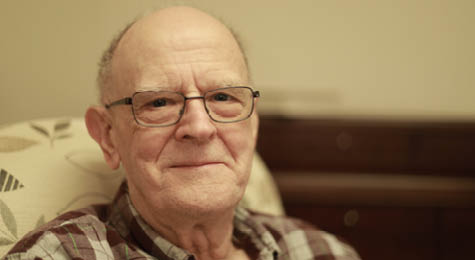 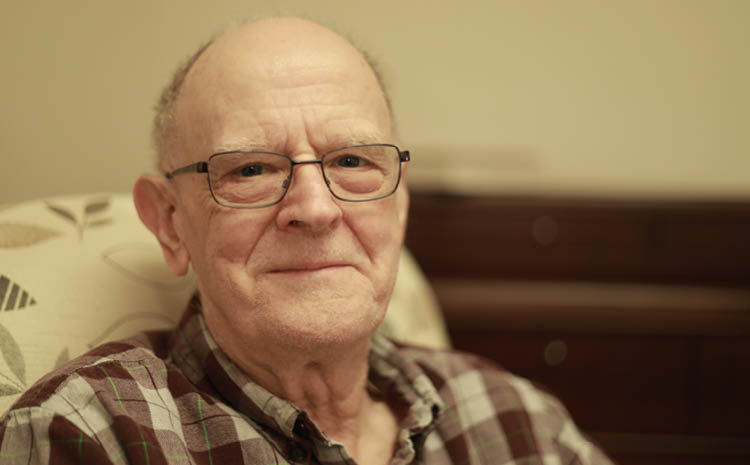 Harley VerBeek and his wife Arlene knew they wanted to simplify their lives in retirement. “My wife needed a lot of extra care, and we didn’t want to worry about taking care of the garden and the house and snowblowing and the rest,” Harley says. “We decided to look for independent living, and we found Royal Park Place.”

They decided to move from Northwest Indiana to Michigan, where they would be closer to their relatives, particularly their children and grandchildren. Then, as they began making preparations to move, Arlene passed away. It was incredibly difficult for Harley, and he needed family more than ever. “I knew I still wanted to move to Michigan,” Harley says. “It was even more reason to be closer to the kids.”

When Harley moved to Royal Park Place, staff explained to him that his apartment was in a wing named “Sonshine Street.” Harley says the name is fitting. “It’s exactly where I needed to be,” he says. “It’s such a sunny place. Almost immediately, I became part of this special bond there. We have such a beautiful atmosphere. We celebrate birthdays, holidays, and anniversaries together—and if someone is having a surgery or has lost a loved one, we pray together.”

For Harley, this new community of friends was a welcome solace after losing Arlene. “I know God led me to this particular hallway, where I would be loved by so many people,” he says.

“I feel cared for by my neighbors, but also the extraordinary staff, who really get to know you.”

He feels a special warmth in the dining room, where Jef Koert, the Director of Dining Services, makes Harley feel so special. “I’ve gotten to be really close to him,” Harley says. “I’ve prayed with him, and he’s prayed with me. Usually when I come to lunch, he taps me on the shoulder or does something small to let me know he cares for me. And he also does a great job of preparing a variety of dishes. They’re all my favorites.”

Harley also loves the faith-based environment, and he’s even taken charge of scheduling pastors for the Sunday evening services that many of the residents enjoy. “I’ve been able to build up real fellowship with the people who come speak and the residents who attend. The Christian atmosphere has been such a blessing.”

He says the friendships he’s made have truly changed his life for the better. “It’s a beautiful thing,” Harley says. “I can just walk up and down the hall, knock on the door of a neighbor. I can ask, “Can you pray with me?’ or ‘Can we talk for a minute?’ or we can even just sit together."

If anyone is looking for a retirement community, Harley urges them to look at Royal Park Place, where his life has been so enhanced. “You don’t have to be alone,” he says. “If you think this is some type of ‘old folks’ home,’ you’d be wrong. This is independence without the trouble and without the loneliness. It’s just a lovely place to be.”