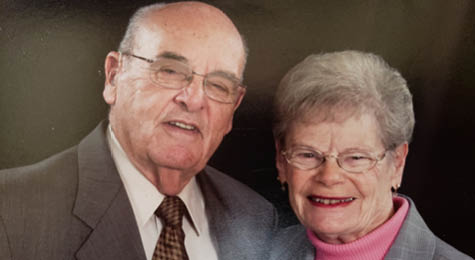 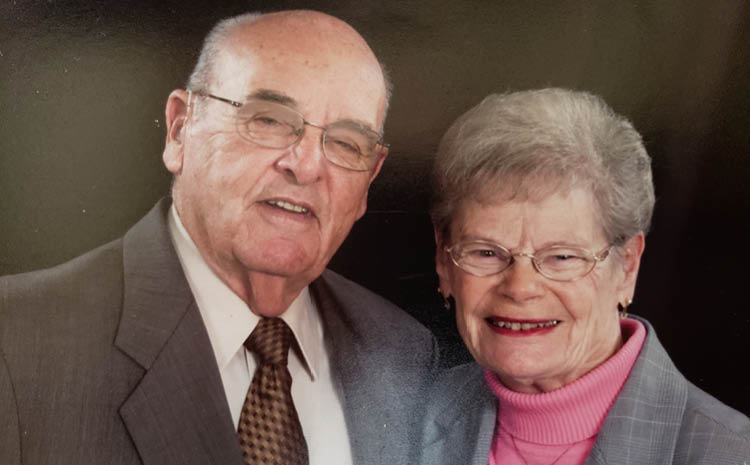 Royal Park Place residents Howard and Myrl Stephenson may have passed away, but their children still talk about the family’s excellent experience during the decade their parents lived at the campus.

Howard and Myrl Stephenson were lifelong residents of Zeeland, where they married and raised four children. As they got into their 80s, certain challenges came up. Myrl began exhibiting signs of memory loss, so Howard took over the cooking, but it wasn’t his specialty. Socializing also became more difficult. They decided it was time to look for a place to live that could provide them the social opportunities and nutritious meals they both needed. “Royal Park Place was the natural choice,” their son Brad says. “They already had so many lifelong friends who lived there. Why not live where your friends live?”

The family said the move in 2012 was a seamless transition, and their parents became Royal Park family quickly. Howard became fishing, billiards, and bowling champion at the different friendly competitions on campus. “Mom immediately started socializing, doing puzzles with the ladies,” their daughter Ann says. “And even as her memory loss increased, they treated her like the master of the puzzles, even if she was just sitting there. Everyone treated her so kindly.”

“Every staff member lives the mission of the organization,” their daughter Christy says. “They’re doing what they do from the heart.” As the years went by, their needs increased, but that just meant the care they were shown increased as well. Myrl passed away first, and Howard had the friendly support of his Royal Park family as he grieved. Then at age 95, he made the move to Royal Atrium Inn, where he could get more assistance. Eventually, he needed hospice care, and the hospice and Atrium teams worked together to provide Howard the care he deserved.

Since Howard and Myrl have passed away, the family speaks often with fondness of the compassion and care their parents received at the Royal Park campus. “I’ve spent my entire career in healthcare,” Christy says, “and I would choose to move here for my own care because of how they treated my parents.” She laughs and says, “We’re all lined up to live here one day.”